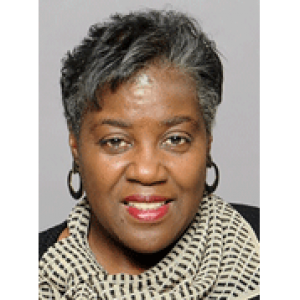 It’s a party! River City Express Network is turning 16 and we want you to help us celebrate. Join us for a fun meeting to include balloons, door prizes and more!

Bring a friend and help us celebrate Sweet 16!

Sylvia Buffington-Lester, a native of Richmond, Virginia, is a Forensic Scientist Section Supervisor at the Central Laboratory of the Virginia Department of Forensic Science (DFS) in Richmond, VA. She has been employed there for nearly 30 years in the discipline of friction skin analysis. Prior to tenure of 16.5 years as a fingerprint examiner for the Federal Bureau of Investigation (FBI) in Washington, DC, where she received her initial training, she majored in vocal education at Virginia State College (now University) in Petersburg, VA.

In addition to her current career as a forensic scientist, Mrs. Buffington-Lester is an affiliate adjunct faculty member of Virginia Commonwealth University (VCU), where she has served for more than 10 years. In 2015, she received the VCU College of Humanities and Sciences Distinguished Adjunct Award.

Throughout her career, Mrs. Buffington-Lester has been interviewed by and appeared in several news media, including Discovery Channel and the Associated Press and was featured in an article on forensic science in the July 2016 issue of National Geographic Magazine.

Mrs. Buffington-Lester has been a member of the American Business Women’s Association (ABWA) since 1987. In addition to serving twice as Chapter President, she has also held positions on the National Board of Directors and the Board of Trustees of the Stephen Bufton Memorial Educational Fund (SBMEF). In 1999, she was selected as a Top Ten Business Woman by ABWA. She has written several articles for ABWA publications, including The Effective Leader.

Mrs. Buffington-Lester is a member of The International Association for Identification (IAI); she serves on the editorial board of its publication, Journal of Forensic Identification (JFI) and The Chesapeake Bay Division (CBD-IAI), a regional division where she has held leadership positions, including being elected as its first black president.

As a motivational speaker and her passion for teaching and helping others to achieve excellence, Mrs. Buffington-Lester established a business that coaches singers and speakers with their presentations.

Sylvia Buffington-Lester has received numerous awards, honors and commendations for professional achievement and dedicated community service throughout her career. She maintains a “can do-dare to be different” attitude and believes that by using one’s existing talents and abilities, dreams can turn into realities. Most of hers have.